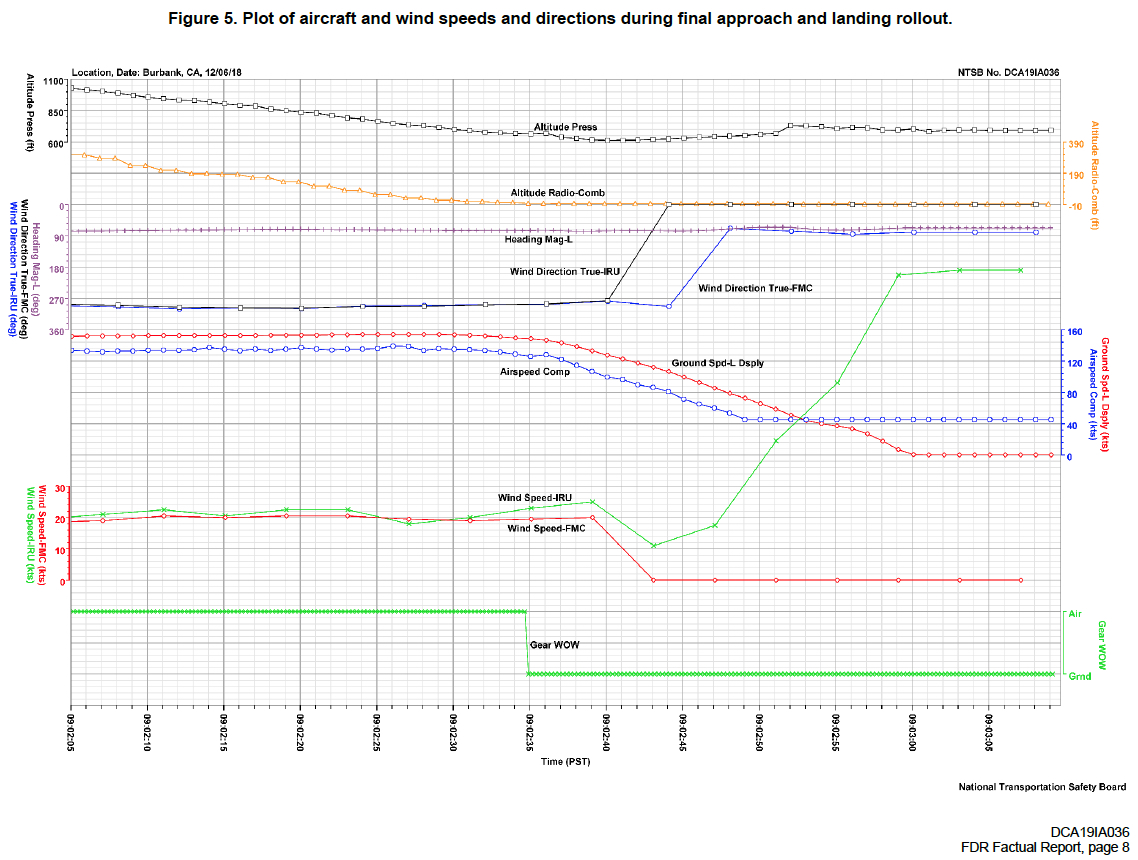 A Boeing 737-7H4, N752SW, overran the end of runway 8 during the landing roll at Bob Hope Airport (BUR), Burbank, California, and came to rest in the engineered materials arresting system (EMAS) at the departure end of the runway. The 2 pilots, 3 flight attendants, and 112 passengers were not injured. The airplane sustained minor damage.

“The National Transportation Safety Board determines the probable cause(s) of this incident to be:
(1) The flight crewmembers’ decision, due to plan continuation bias, to continue the approach despite indications of windshear and a higher-than-expected tailwind and
(2) the flight crew’s misperception of the airplane’s touchdown point, which was farther down the runway than the crew assumed because of the faster-than-expected groundspeed. Contributing to the accident was Southwest Airlines’ lack of guidance to prompt flight crews to reassess operator-provided landing data when arrival weather conditions differ from those used in the original landing data calculation.”