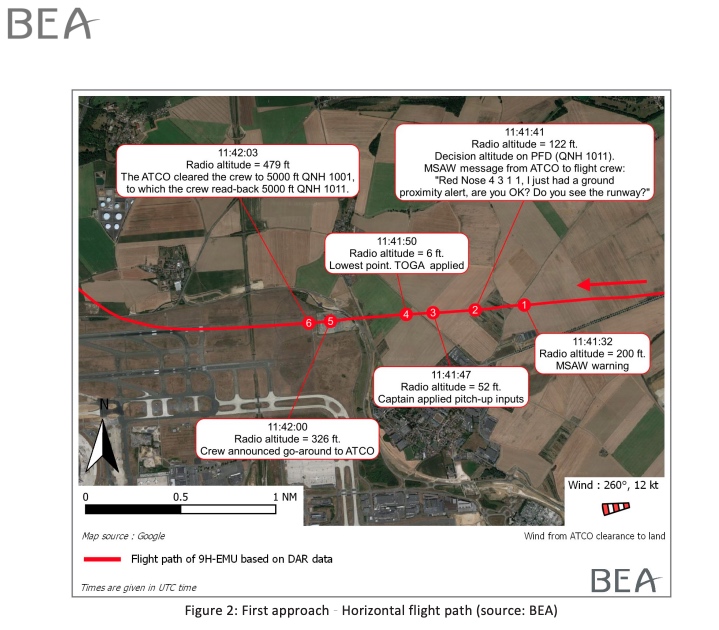 An Airbus A320-233 (9H-EMU) approach to runway 27R. The lateral guidance in this RNP approach relied on satellite (GNSS) positioning. Vertical guidance was based on the aircraft barometric altitude.

During the approach the ground Minimum Safe Altitude Warning (MSAW) was then triggered and the controller radioed the crew.
The two pilots stated that they did not hear any radio-altimeter Auto-Callouts other than the callouts at 2,500 ft and 1,000 ft.
However, the crew initiated a go-around. The minimum radio-altimeter height was recorded at 6 ft above the ground, at 0.8 NM from the runway threshold.

A second approach was flown based on the same erroneous QNH, again resulting in an MSAW warning with ATC. This time the flight crew were able to see the runway and PAPI’s, corrected the flight path on final and then landed without further incident.
The crew stated that this time they had visual contact with the runway well above the minima. They described the PAPI lights as follows, “One white, one pink, and two reds. Maybe three reds but not four.”