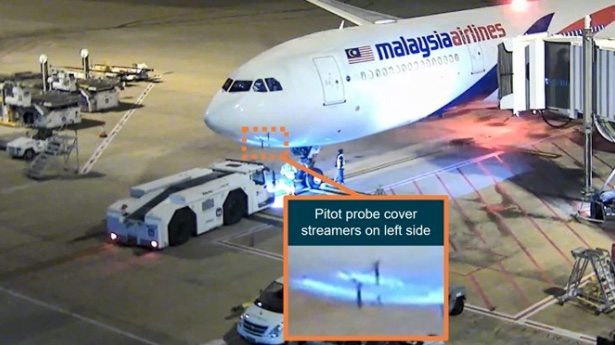 A Malaysia Airlines Airbus A330 with 14 crew and 215 passengers on board took off from Brisbane Airport with no airspeed information due to pitot probes covers.

Shortly after the aircraft arrived in Brisbane a crew member covers the three pitot probes to prevent them from being blocked by mud wasps.

During the turnaround and before the aircraft departed for the return flight to Kuala Lumpur the covers were not removed.

The flight crew, once airborne, activated a system called “back up speed scale” (BUSS), which displayed a safe flight envelope for flight crew.

Using the BUSS and airspeed management procedures, and assisted by air traffic control, the flight crew brought the aircraft back to Brisbane Airport.